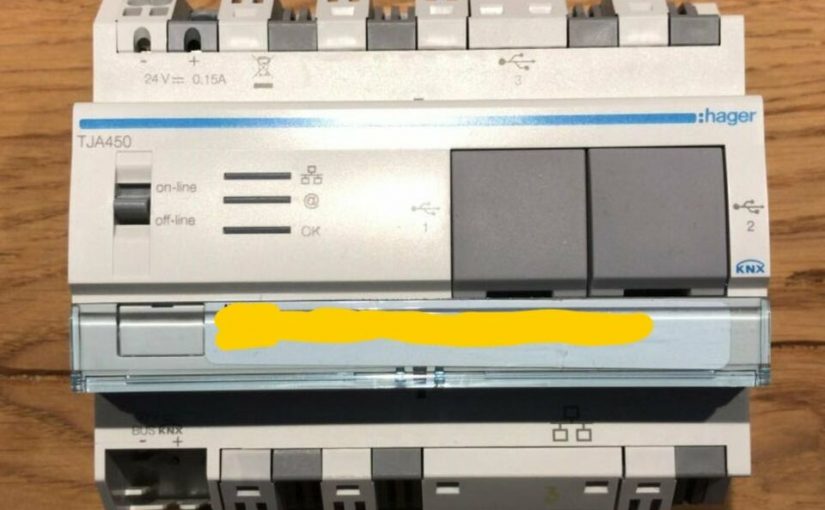 In my current building project, I had some requirements (more on this in other articles), including that I wanted to make the house "smart". As it was largely a new build, my choice fell on wired KNX technology. This was completely foreign to both my architect and electrician, so for now I was looking for an expert substitute to run the wires. In addition to the KNX lines, the network cabling was also an issue, but that's another story.

I looked around for solutions at Light + Building and the Hager Easy approach seemed to me to be the right one. Why? I was told that an upgrade to "native" KNX was possible and that there was also an IOT integration. With that info, the bus was then set up in the house, the actuators and sensors and switches ordered, and the switches ordered. With the Easy solution (configuration server TJA665), the elements are then identified quite comfortably and virtually wired together. This went quite quickly and was then displayed on a Hager display using the Domovea Server (TJA450). With the IOT Controller (TJA560), HUE components could also be integrated.

So far, so good. But then came the big disillusionment for me. Unfortunately, it is not quite as flexible as I had thought, as non-Easy elements cannot be integrated without further ado (e.g. air-conditioning units, heating and domestic ventilation). Hager also announced - just after I had finished - a new Domovea series. And with that, any further development of the visualisation server and the IOT controller was then also discontinued.

So I quickly decided to bring forward the move to "native" KNX (after just 6 months) and to look for a generic Smarthome platform. The KNX migration went relatively well after obtaining the ETS software licence, I got myself an extra online course for this, which I will also describe separately. I investigated ioBroker, OpenHAB and Home Assistant as platforms and decided on Home Assistant for various reasons.

My conclusion: the decision for KNX was right for me, I would do it again. The decision for Hager Easy was only partly right, because it was a) too limited for me and b) I did not like the upgrade or change policy (there was probably none). I recommend to plan and implement immediately via ETS, because you can draw from the complete range of KNX providers and expand the system well.

P.S.: In the meantime, my electrician no longer relies on Easy, after he saw that the ETS programming is not sooo wild, if you deal with the matter conscientiously. Of course, it requires more planning in advance, but that's exactly what pays off in the long run.