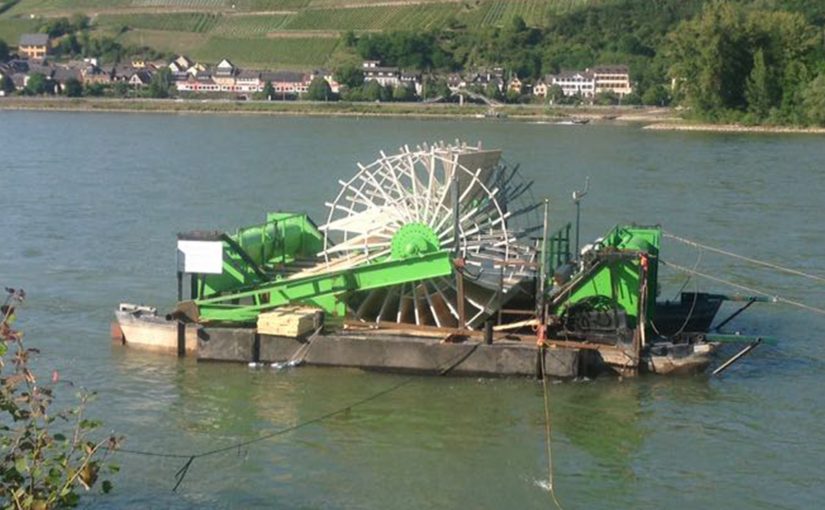 Actually, everyone thinks it is important to act ecologically. After all, we only have one nature and humans are putting a lot of pressure on it. While there is often a lot of talk and thought about bans of all kinds, I have found a project here in which people are getting down to work: it is about electricity generated from hydropower.

Hydropower has many advantages. No exhaust gases are produced. Water is available in almost unlimited quantities. And rivers flow steadily (unlike the sun and wind). The disadvantages so far have been that hydroelectric power plants required a major intervention in the environment - think of a reservoir or a power plant across a river with locks, etc. - and that the power plant has to be built on the river.

Metropolstrom NW's approach is to rely on non-invasive technologies that can be introduced into rivers in an environmentally compatible way. And this can be done throughout the republic. Here sgt. River turbines or river riders (from the company Enertainer Energy) are used, which can be easily positioned or completely sunk. Quote: "The hydroelectric power is base-load capable. It would be possible to supply about 2 million households in Germany with electricity via hydropower. In addition, there are around 9,900 sewage treatment plants with additional potential."

I think it's a great project because it will help bring about an energy transition with technologies that are effective. And not tomorrow, but right now. For this reason, I have become a silent partner in the project. The nice thing about it is that you can also earn a decent return (>6%), as is clearly shown on the company's website.